Virginia Beach is known for its diverse and eclectic musical sounds that originated with the likes of Timbaland, Missy Elliot, and Pharrell, and there are definitely new buzzing artists that are carrying the mantle in their own ways.

Kham is one of those artists, who is continuing the legacy while creating his own niche.

With his debut studio album PROBLEMATIC, Kham is reaching a whole new audience and opening up more eyes to his outstanding sound. The tracklist includes production from Enzo Gran, 1995, Killawatts, Gleece, TopSecretBeats, and Harrisxn. On the heels of announcing a joint partnership with RMG Amplify, the Culture Villains artist uses PROBLEMATIC as a deep dive into the current state of our world over a diverse and eclectic soundscape. Kham touches on issues of self-worth, systemic oppression, racism, police brutality, and hope through the 11 track LP.

Kham states, “The current state of our society presents a lot of problems for my daily life. But I like to think I’m a problem to my problems.”

Kham hosted a 360 VR virtual album release concert exclusively on YouTube prior to the release of the album. 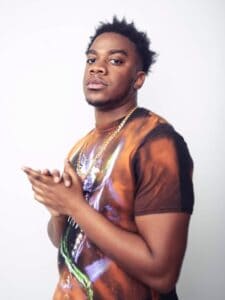 As a Virginia Beach native, Kham strives to create music that not only challenges his listeners but encourages them to have hope in their lives. This sense of hope has led Kham to lead initiatives within his community surrounding issues such inner city starvation and police brutality.

While attending college, Kham has had the opportunity to open up for renowned artists such as KB, Social Club, Steven Malcolm, ACjr+BradyJames, and Andy Mineo.

Kham and his label, Culture Villains, released a compilation album ‘Preseason‘ in February of 2019. The project spurned the singles ‘Roll The Dice’, ‘Eden’, and ‘Survive’ for Kham. After releasing follow up single, Oui, Kham established himself as an artist to watch.

Now a college graduate, Kham is continuing to develop as a hip hop artist while actively creating his debut release.

YP aka Young Paul & Da Commissioner – ‘Guillotines On The East 2

Jarred AllStar – The Gift and the Calling 3

FervenC ‘Playing In The Lion’s Den’

Music represents our uniqueness, our freedom, and helps define who we are. Good music is art, expression, and a form of worship.

Good music is always personal. theBookkeeper247 understands the influence music has on our lives. So, on our website we have Christian content 4 the culture!

Help us change the culture 4 God as we become the voice in Christian hip hop!

You may have missed